Jesse came to us from Richmond.   He was turned in by his owner, and was heartworm positive.  His chances of adoption were nil. 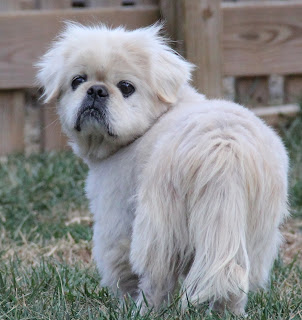 He is about 8 years old and doing great on his heartworm treatment. 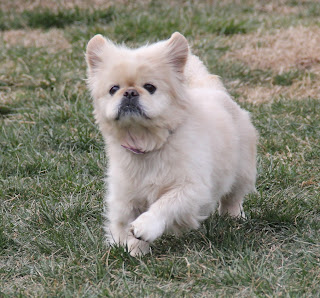 Before it began, he loved to run and play-- you wouldn't know he's 8!    But,  now that he's on heartworm treatment, he has to be quiet for awhile.  Don't want any negative reactions. 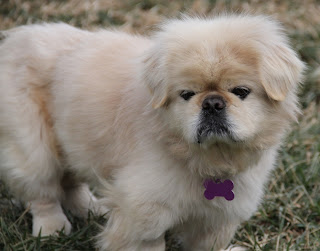 Jesse is a big boy at about 20 pounds.    He was never housetrained (we're guessing he must have been kept outside), so he wears a belly band inside.    Those things are great-- I have someone who makes them for me and I can get all kinds of designs!     They are easy to use, and he does really well in them.    He's in a "pack" with 13 dogs right now so in a smaller group, he may do better with housetraining, but the belly bands do their job for now. 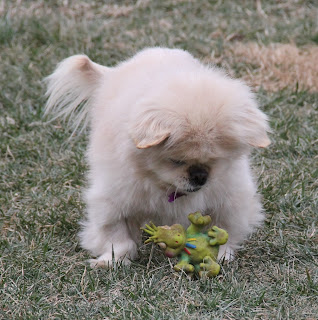 Jesse loves toys-- is that a gremlin?    I think he's asking the same question. 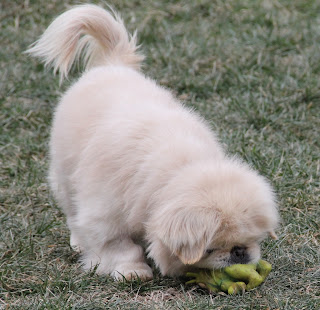 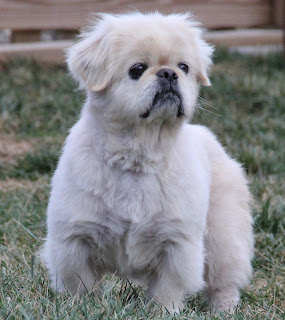 He is a sweet, endearing little guy with a fun personality that you just can not help falling in love with. I think he's looking for his new home in this picture!     Is it you?
Posted by Linda at 1:00 AM

Oh I so want this one!
Jesse looks like a big old puppy to me!
He is just divine!!!