An additional note:   Phenobartibal has gone up in price, and my vet said you can get a higher dose and cut the pills in half.   Most doses are the same price, regardless of the "grain" so you can save money this way.
++++++++++++++++++++++++++++++
Seizures are not uncommon in Pekingese.   Many Peke owners don't realize this, so they are terrified if one of their Pekes begins to have a seizure. 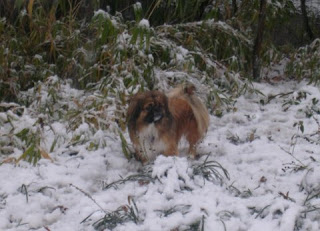 My Scooterbug began having seizures when he was about 2 years old.   Seizure activity can begin normally between 2 and 5 years old.    Scooterbug is almost 12, so has been on medication a long time-- but he does great! 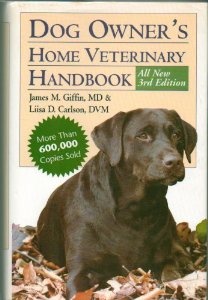 This book is a good one to have for your home if you have questions.   Of course, you can look up anything on the internet also.    (I still love books.)  Another book I refer to often is Common Medical Disorders of the Pekingese by Dr. Thomas K. Graves, D.V.M. 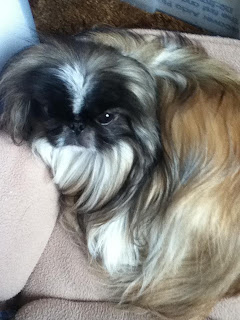 Ping Pong has begun to have seizures and is being evaluated-- you want a record of how often seizures occur, and how long each one lasts. 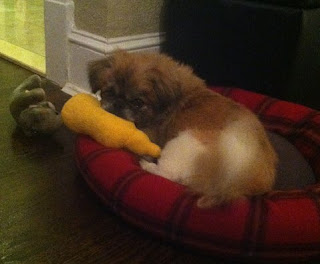 Butterscotch "Butters" has started to have seizures -- his mom is keeping a record.    If seizures do not happen often, medication may not be needed.    Butters mom said, "Butters continues to sparkle. Words fail to describe how he has impacted our lives. I just love that little one!"   She will make sure he is fine. 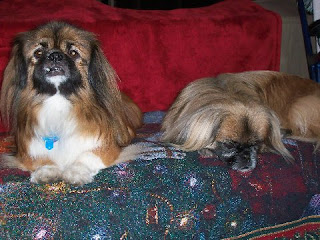 My Scooterbug and Max both are on phenobarbital.   Seizure can be caused by electrical activity in the brain.    They can also be caused by infections, poisoning such as insecticides, liver failure, hypoglycemia and other causes.   Some foods (gluten is one) can cause seizures in some dogs.   A veterinarian should be involved to monitor your Peke if you notice seizures occurring.  They CAN be life-threatening. 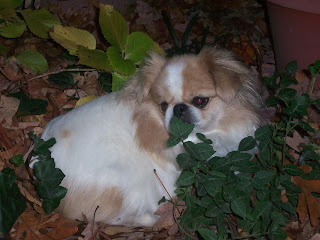 My Starlight had her first seizure when she was about 5.    It was a life-threatening seizure event because she started seizing and did not stop.    We rushed her to the vet and they began treatment, but she continued to seize.    She ended up bieng in ICU for several days to get the seizures stopped and begin her on medication.    She is doing great now that she has medication.   Here is a video on seizures.    It is important to know about this since it can be dangerous for your dog.    I have three Pekes on seizure meds, they are all monitored by our vet and have regular blood work to make sure the medication  is not causing health issues.   So far, they are all doing great!

Very interesting and lots of info Linda!
I do hope Ping Pong finds out why he is getting the seizures.

I received this from Valerie:
I just read your blog on seizures and phenobarbital. It is cheaper to get a prescription from the vet and have it filled at the pharmacy. For some reason, the prices for medicine are higher at the vet office, than a pharmacy. I would get Willow's meds at Wal-Mart or CVS. I also priced out the phenobarbital at CVS for Chloe and was going to start getting it there until she got adopted.

Hello- I have 2 Peke's both 10 my boy just started having seizures one in Sept and then had a cluster on the 19th of Dec, has anyone had a Peke that had seizures at this age?