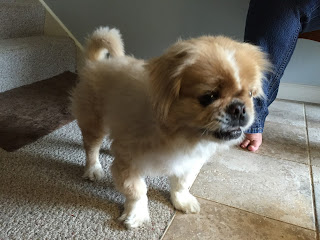 Bowie came into rescue in January.    His hair is longer here, and he is so much healthier. 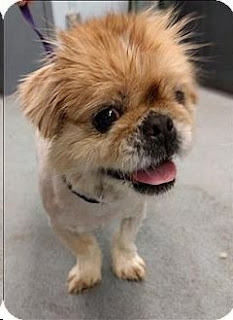 When we got him, he was in pretty pathetic shape.    Even with his condition, he was smiling.  He knew he was being rescued! 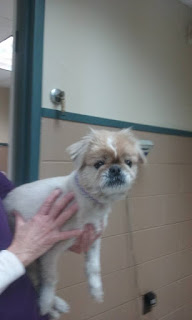 He was so matted,  he had to be shaved down to the skin.   The mats were so bad, he could barely walk. 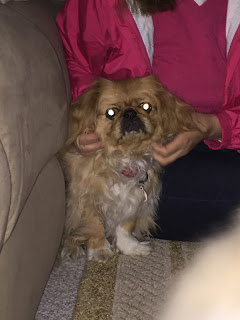 There was a little girl Peke named Poppy.   She lives with her mom, and she needed a friend. 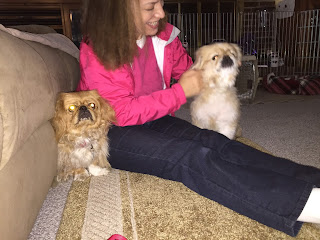 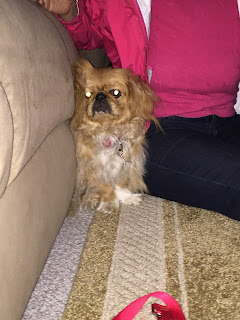 Poppy hid behind her mom at first.   She is shy-- she was rescued from the streets so she stays close to her mom for comfort. 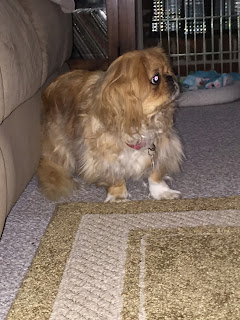 She watched as Poppy made friends with her mom and was his happy self. 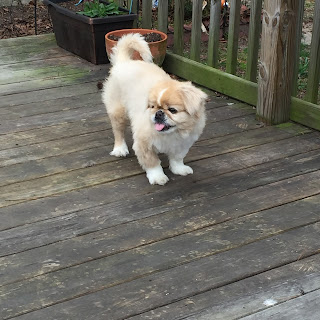 We went outside and Poppy showed how happy he was.   He found a gumball (those prickly balls that are all over our area right now) and he began throwing it joyfully around the deck. 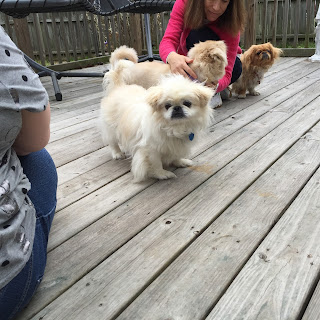 Shakers was not too sure about the whole process-- look for a blog on him this week.  (He is still available for adoption.) 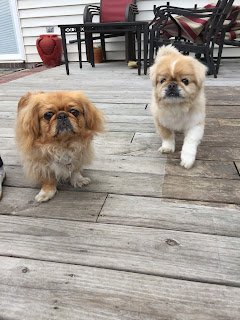 Poppy and her mom decided that Bowie's outgoing personality would be a good fit and friend for their home.    He was adopted!! 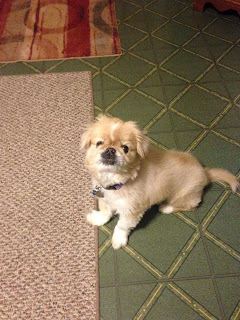 Oh this is wonderful news!!!!

How old is Shakers and where is he??