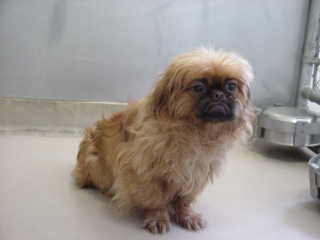 Toby came into rescue about 13 years ago with his brother, Dusty.   They were left in a shelter drop-off box on the Eastern Shore of Maryland.   Toby was so matted that he could not even walk. 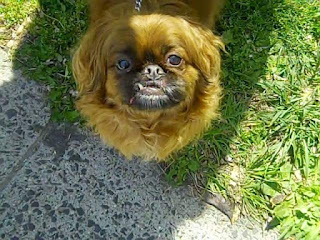 Toby and Dusty were best friends, and Paige fostered both of these loving boys. 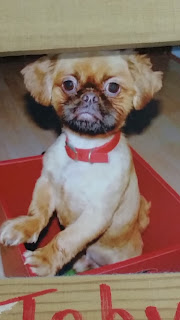 Toby was shaved down to get rid of all the mats, but his hair grew back into a beautiful reddish coat.  They were adopted together (I love that!) by Inez and they were called "the Bad Boys of Butter Wood"-- their mom's neighborhood.  Later, they were called the "Better Boys of Butter Wood."   Their mom was so great!   She moved to New York, taking Toby, Dusty and their brother, Bob (also adopted from us) and they became known as the "Best Boys!" 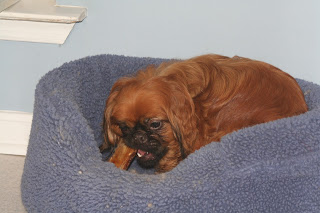 Good Bye Toby! You will be missed!

The Bad Boys of Butter Wood became the Best Boys.... so cute!


I am sad to read of dear Toby but from a sad matted Peke to a red headed beauty - Mr Toby had the best life in the end and I am know his family will miss him so much.

Thank you for the happy comments about Toby

My mother Ines wants to thank you for the happy comments about Toby!