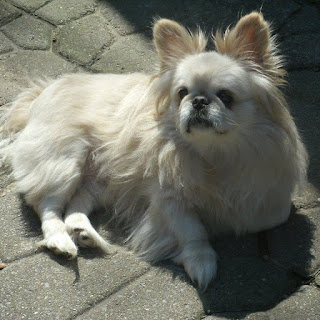 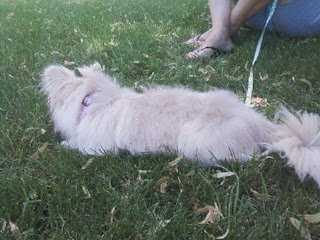 He was so sweet and came to visit one day with his then foster mom, Toni. 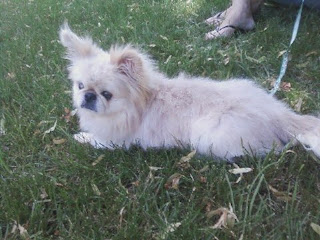 He walked around my yard, even though he was blind. 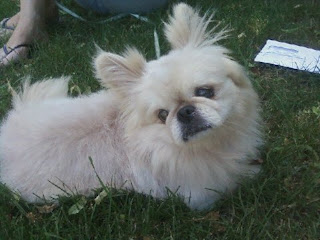 Look at his face-- precious. 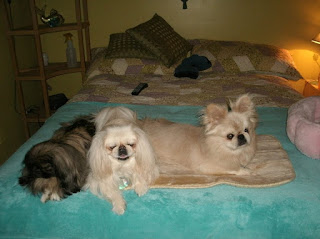 He did great with the other dogs although his Schnauzer brother didn't like him much.   Poor Chester. 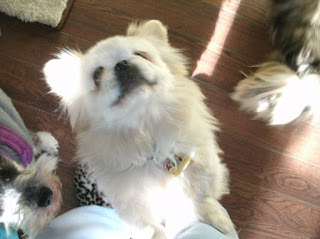 When he became available for adoption, his foster mom didn't blink!  She wasn't letting him go.   He was her boy, her heart. 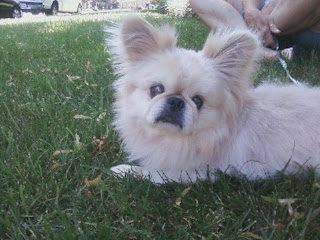 Chester died this week on his own, in his home.  He had previous medical issues, but nothing to indicate his time was near-- he chose it on his own.   His mom misses him so much-- it's so hard to lose a "heart dog" and most of us know just how that feels.   Run free now with those that went before you, sweet boy.  You will bring them all such joy.
Posted by Linda at 5:20 PM

Oh Chester and his ears! So adorable !!!

He will be so missed . I know if I had him I would always be looking for those upright ears.
What a beauty he was :)

Hugs to his family.

What a precious boy Chester was. And those ears, I love those ears. I know his Momma is heart-broken for her loss. RIP Chester, you did things on your own terms.