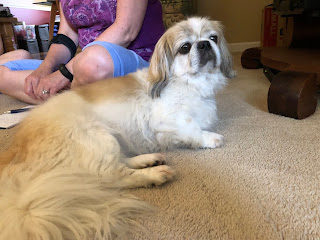 I did a home check and we realized I had done one before with them, just in a different house.   It has been a long long time. 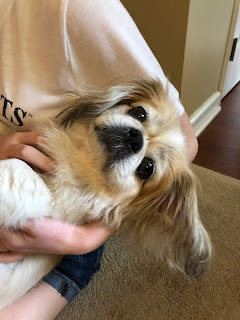 I met Meme who had been a foster dog of ours in 2012.   She was adopted, but her parents both passed away. 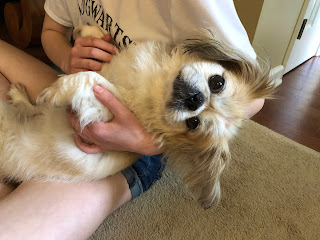 So, her owners' daughter took Meme and has given her an incredible life. 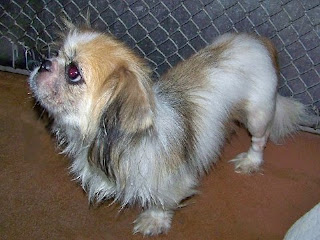 When Meme came into rescue, here's what she looked like-- skin issues, missing hair, needing help. 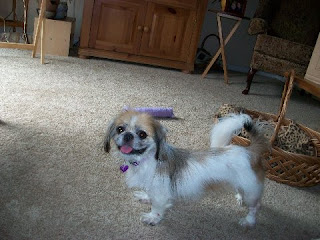 In foster care, she began to bloom. 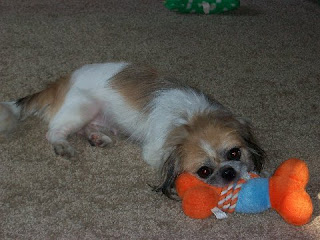 She discovered toys, learned to trust, began to feel good. 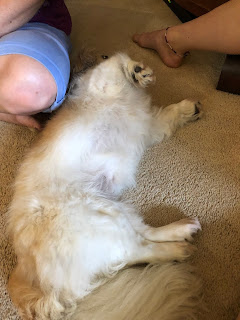 Now she has love and security... 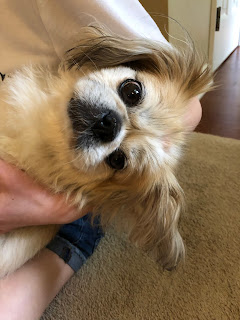 and she is held a lot and played with. 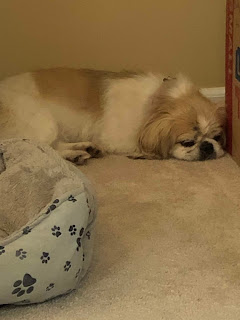 Meme is one beautiful girl !