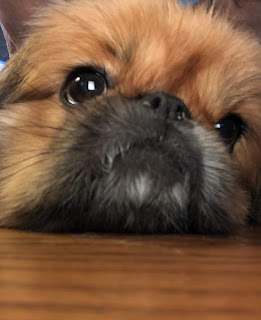 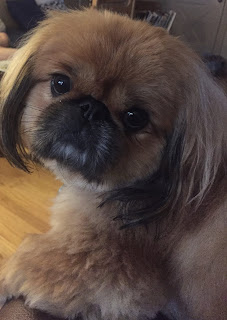 Piper is the best dog-- Paddington, sweet as he looks, can be a pistol sometimes.  😲 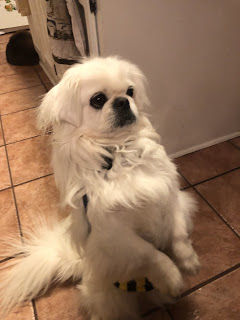 Granger has been visiting, and he wears a belly band.  He's a big boy and so sweet.   He goes home today. 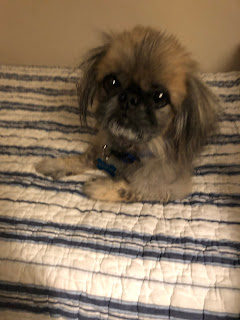 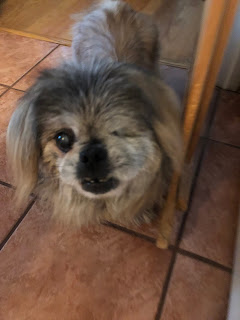 Max doesn't understand all that nonsense of not getting along.  At his age, he knows some things aren't worth fussing about. 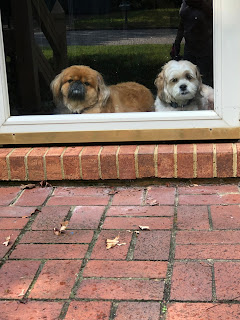 Paddington and Piper are usually at the door, guarding the house, making sure we are safe. 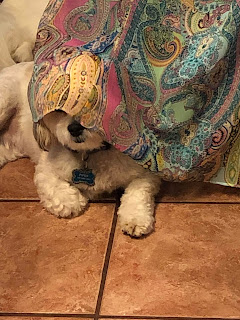 Piper is really the best one here.  And he decided to hide the other day. 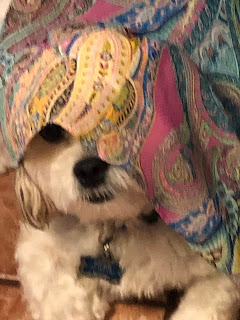 He must have been trying to get away from the crowd.  LOL 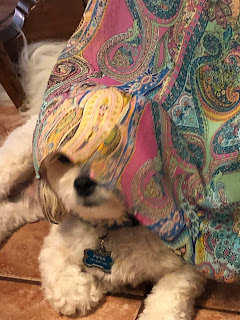 We can see you. 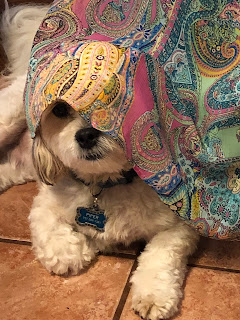 He got under my daughter's dress and seemed perfectly content there.  Like I said, he's so good! 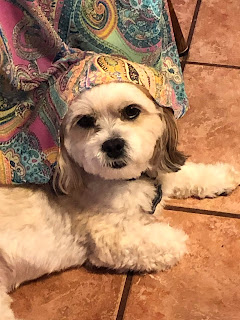 He came out of hiding, but didn't move far.   He wanted to stay close to where we all were.  He is such a loyal boy.    I have NOT had anything but Pekingese for over 30 years-- and then Piper came with Paddington.  I'm so glad he did.  We love this boy. 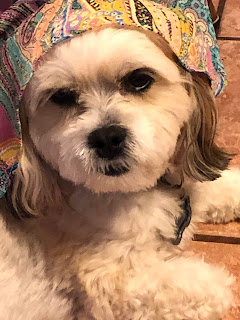