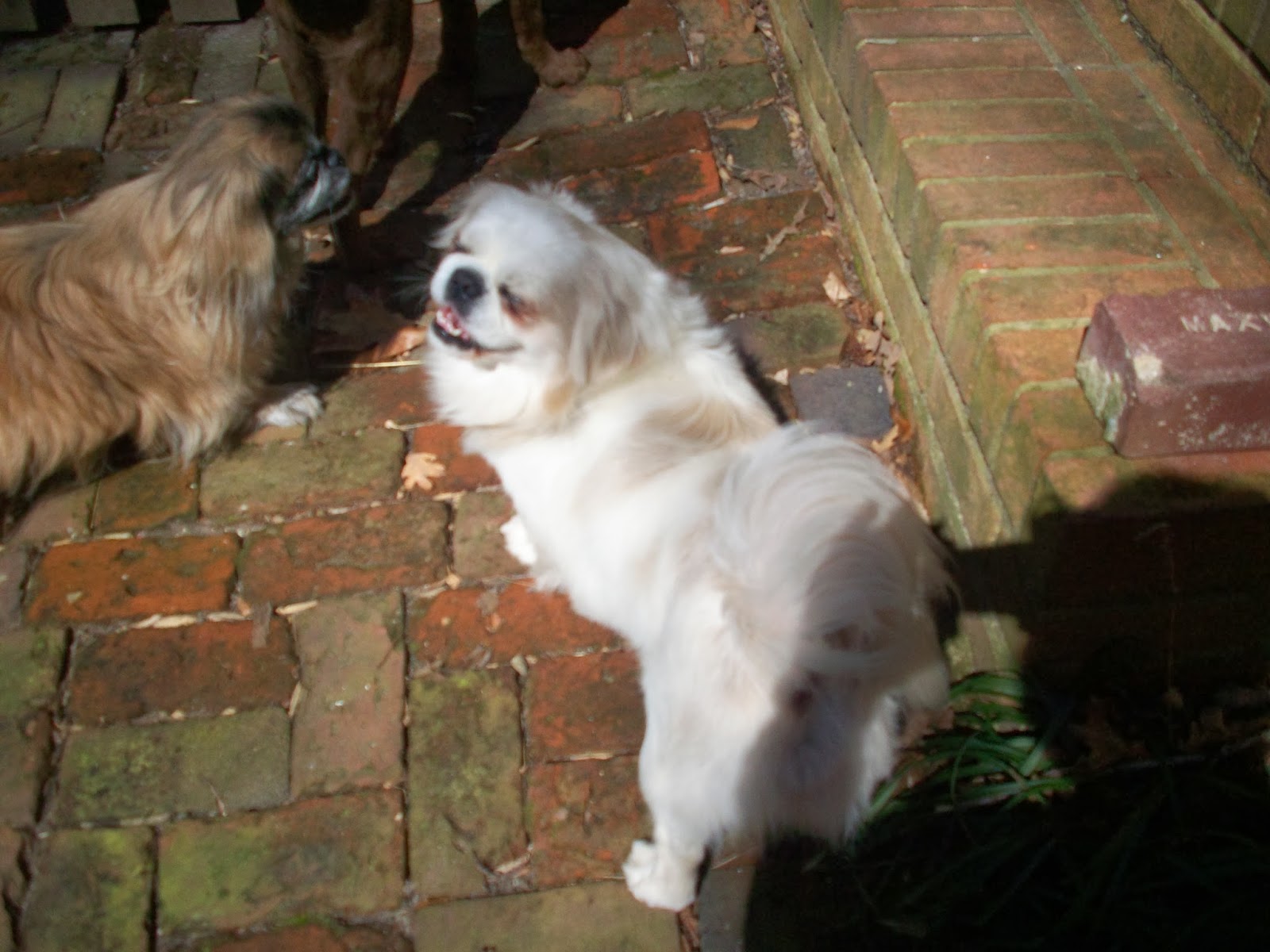 Rammi Ju has a new friend-- Maddie, the Chesapeake Bay Retriever puppy that my daughter found in a ditch near the interstate.  (No one ever claimed it, so she has a home now with my daughter's family.) 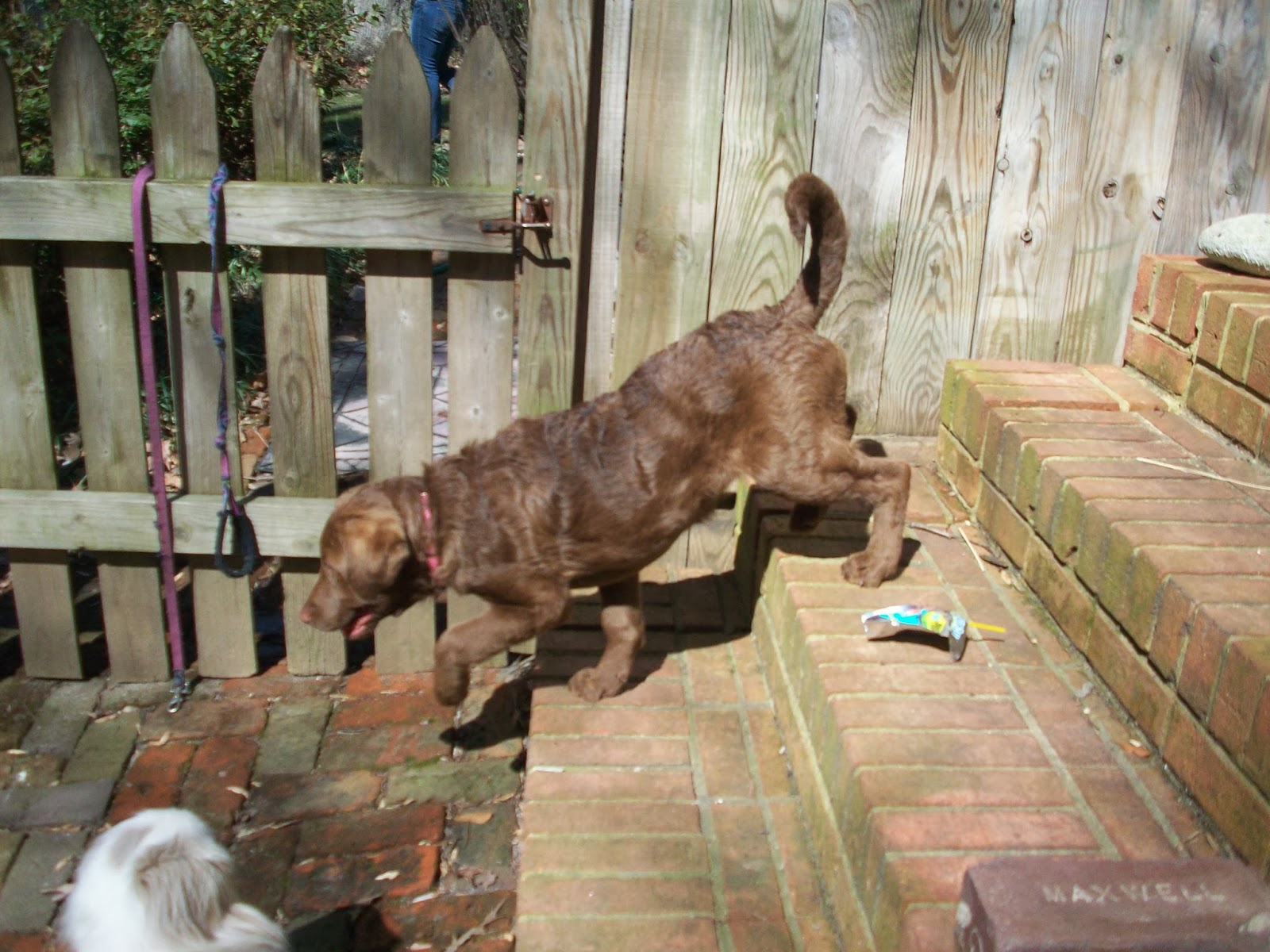 Maddie looks big here, but she is about 12-14 weeks old-- definitely bigger than a Peke. 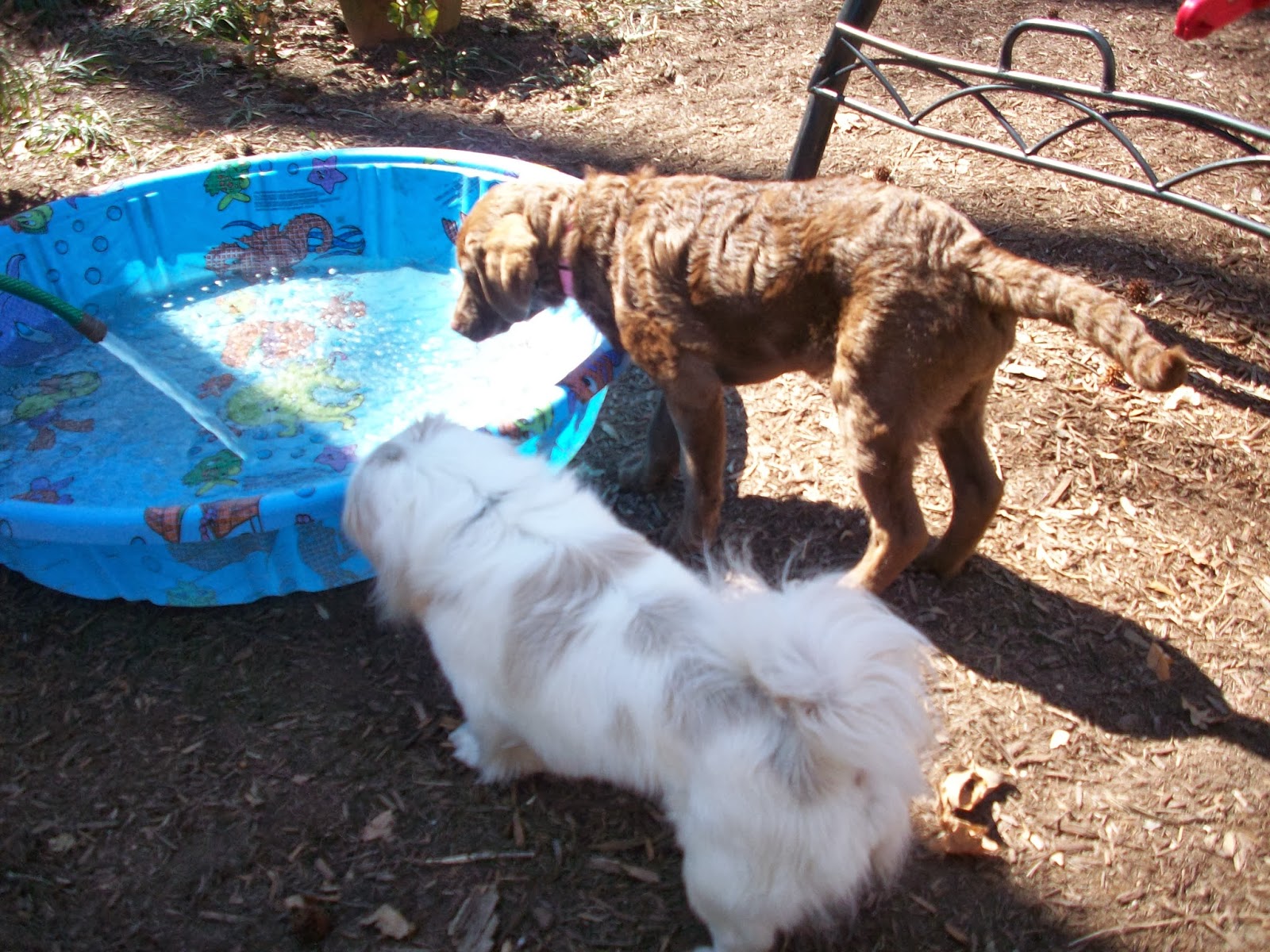 We put a kiddie pool out the other day because it was so warm.   Want to get in? 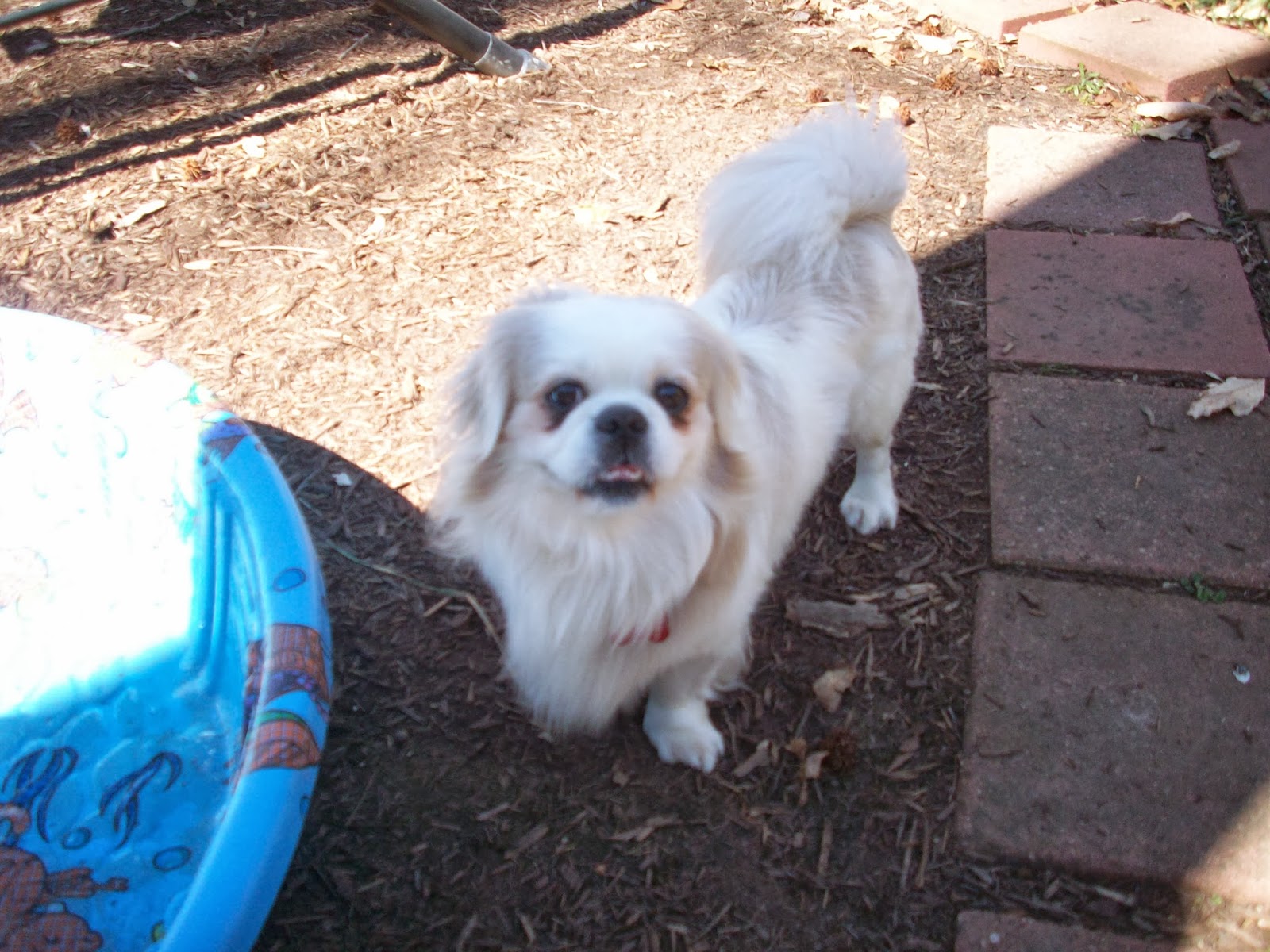 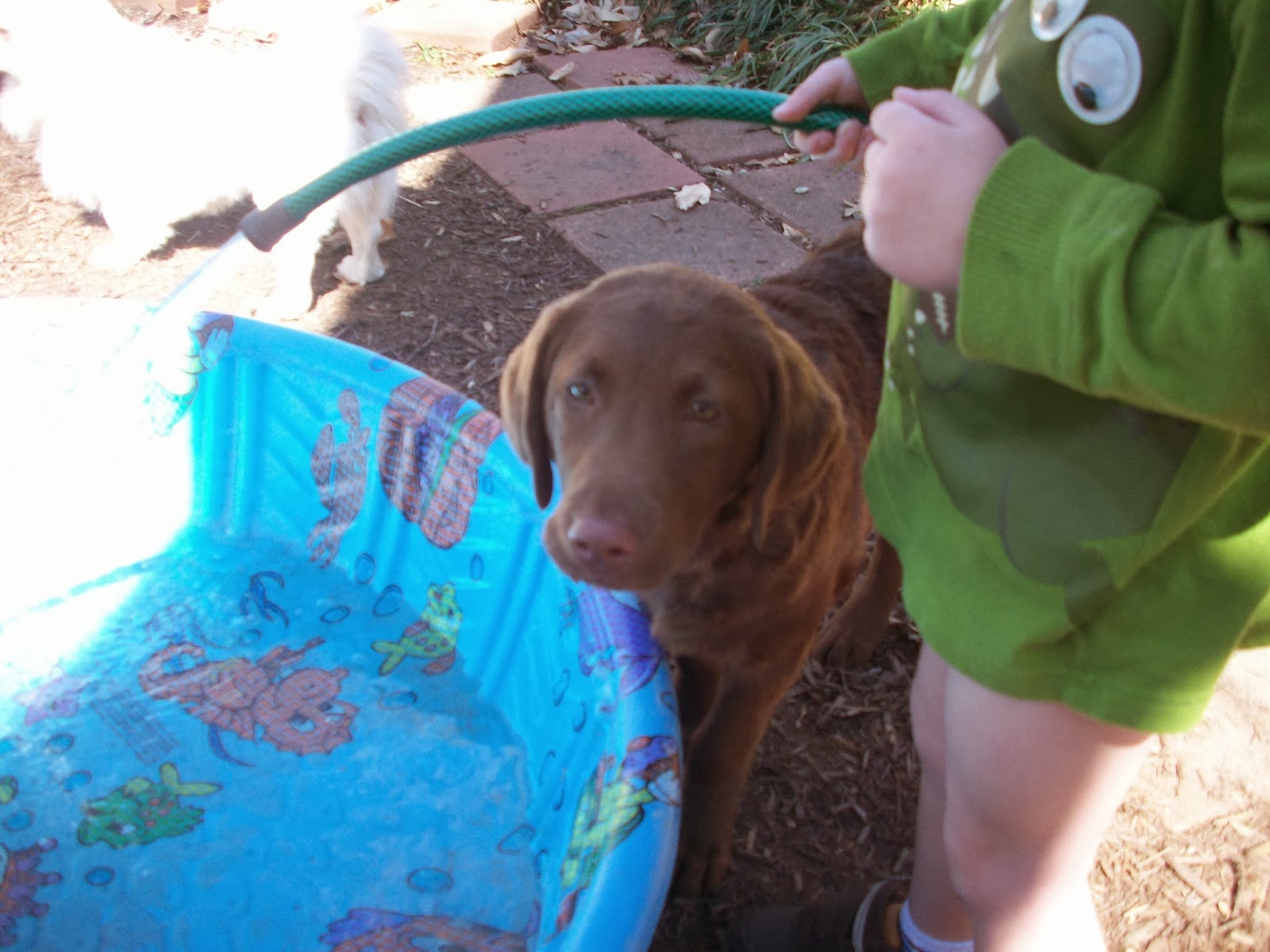 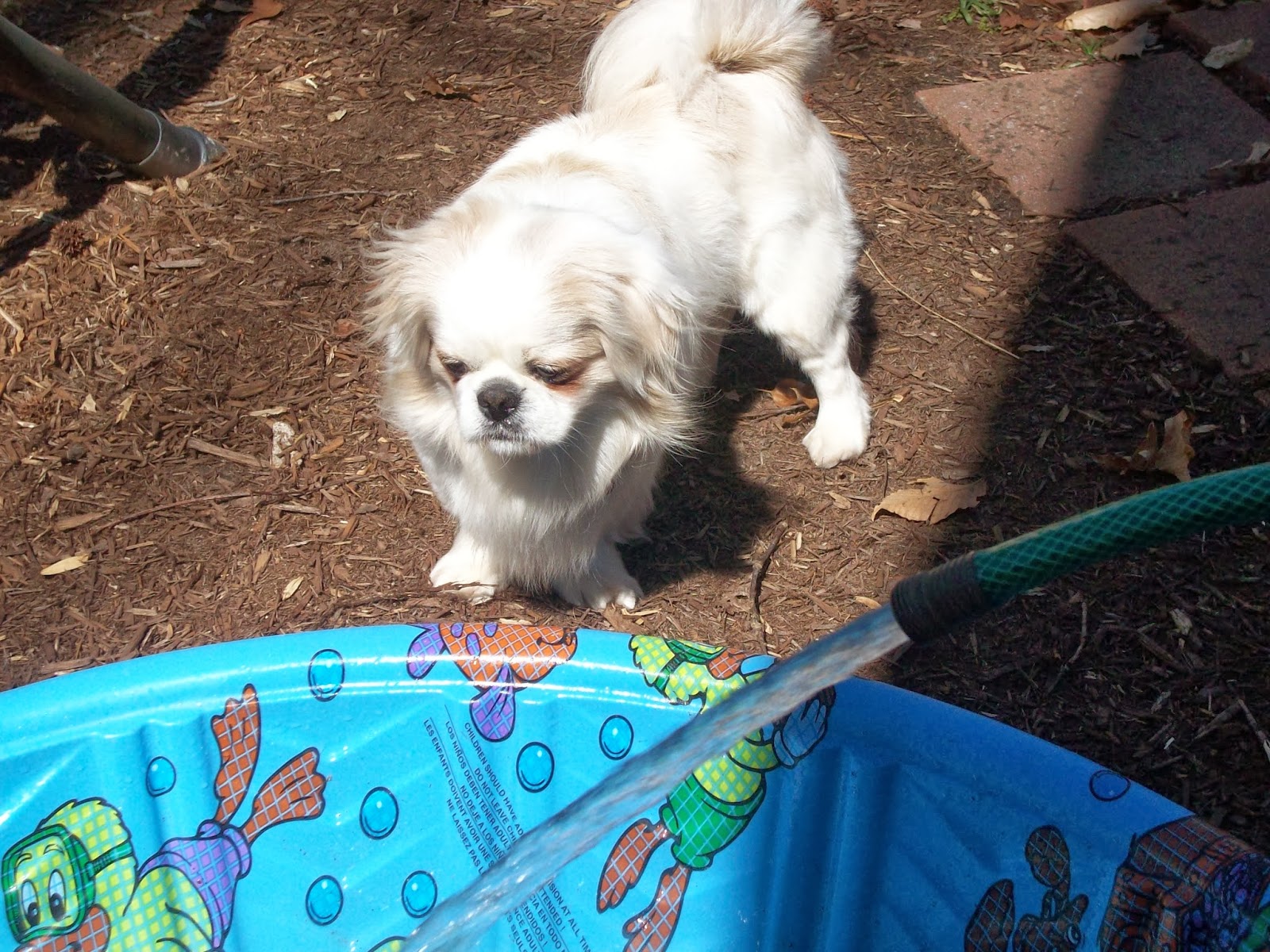 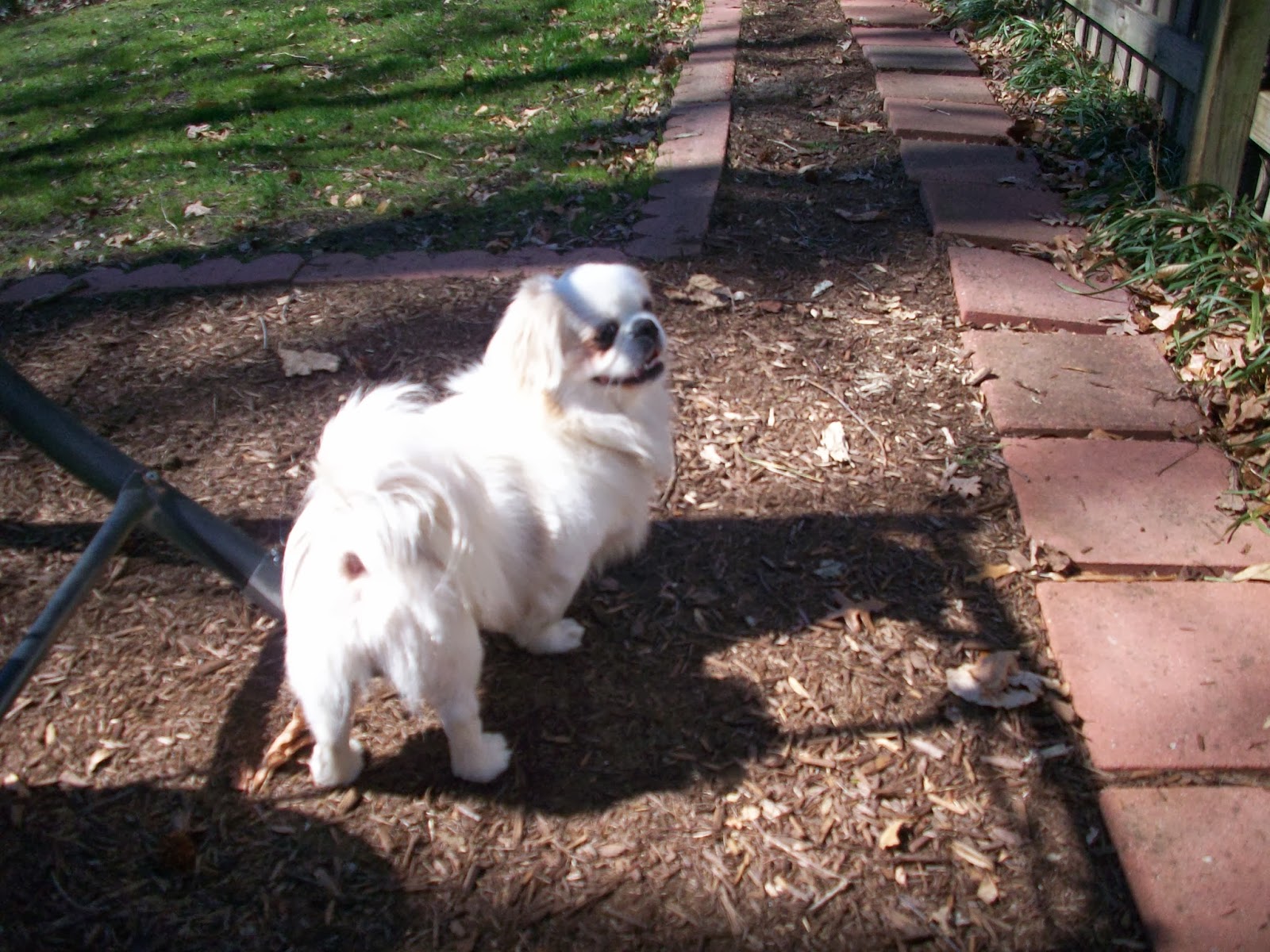 Rammi was having none of it! 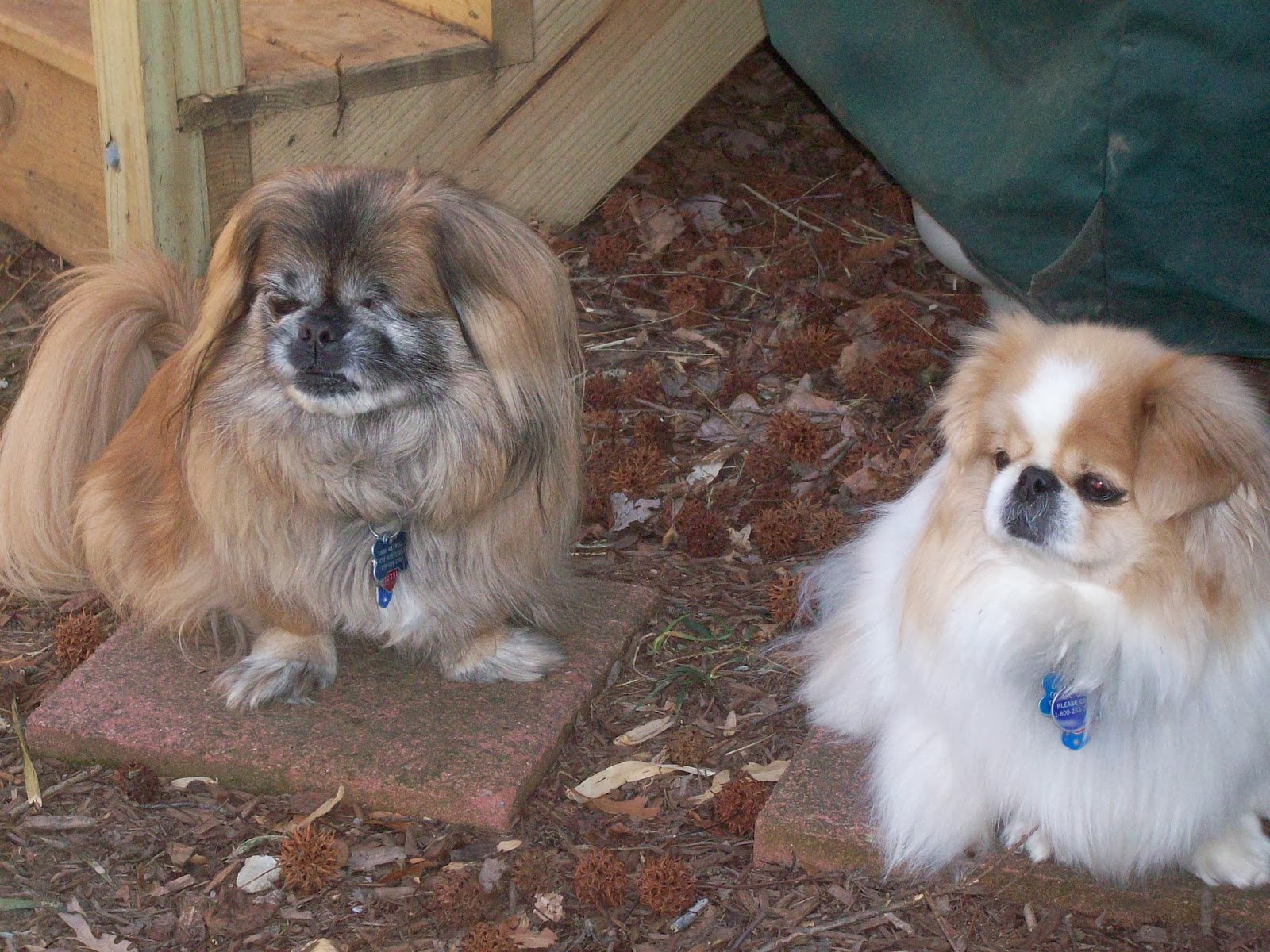 Max and Starlight watched from a distance. 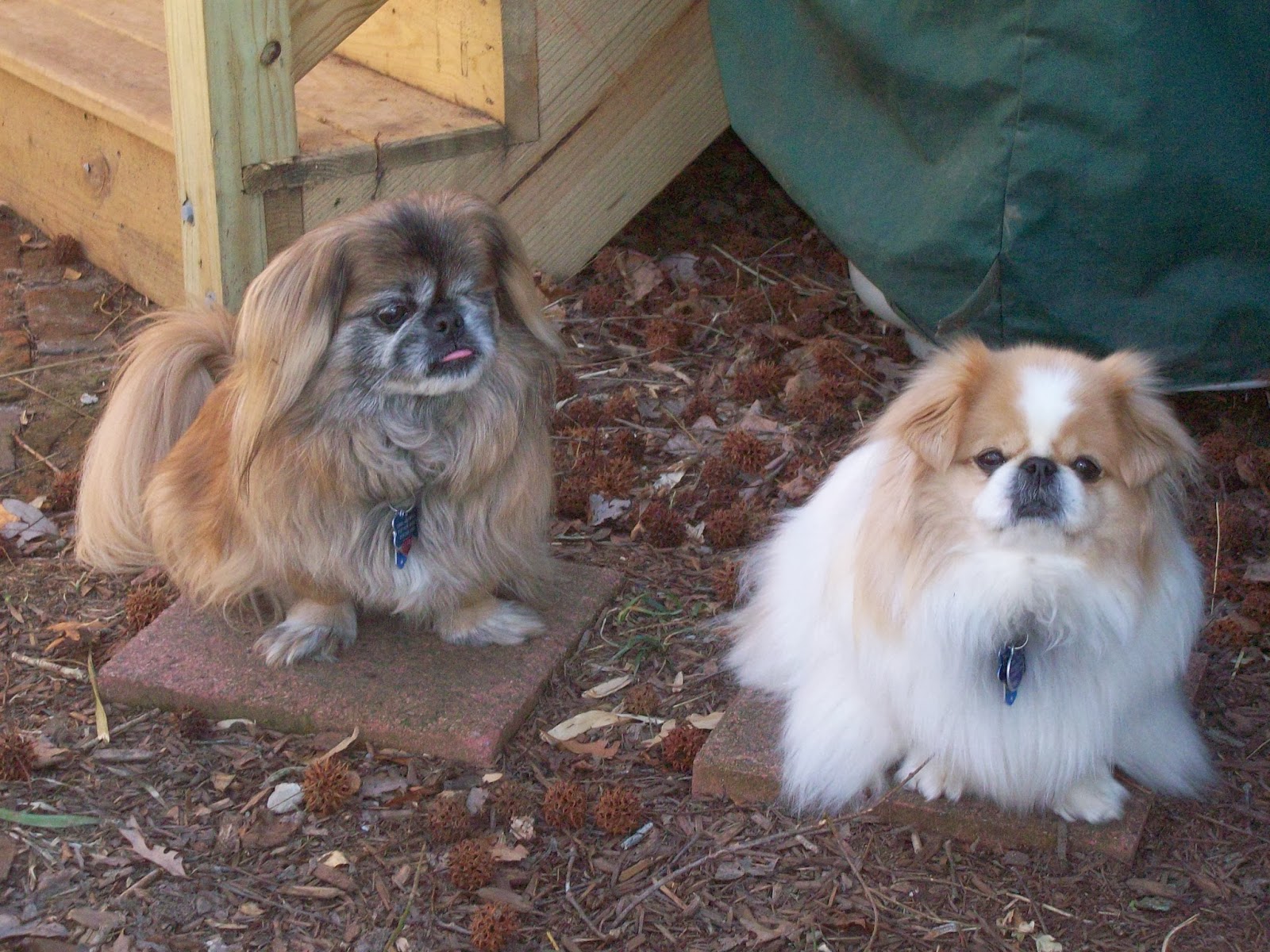 Can you see the disgust in Starlight's face?   Get in the pool-- I don't think so! 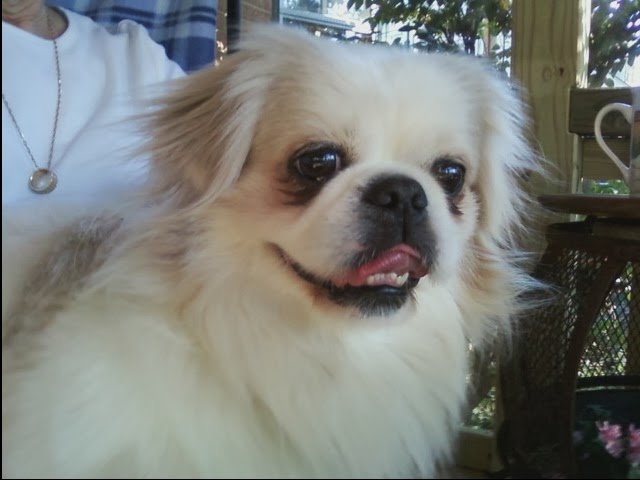 Rammi came inside.    He decided he wanted to be held-- when I got him, he wouldn't let me do that. 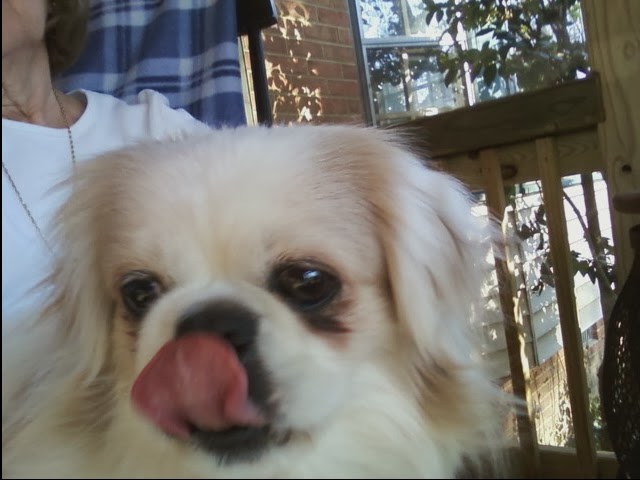 He has come a long way. 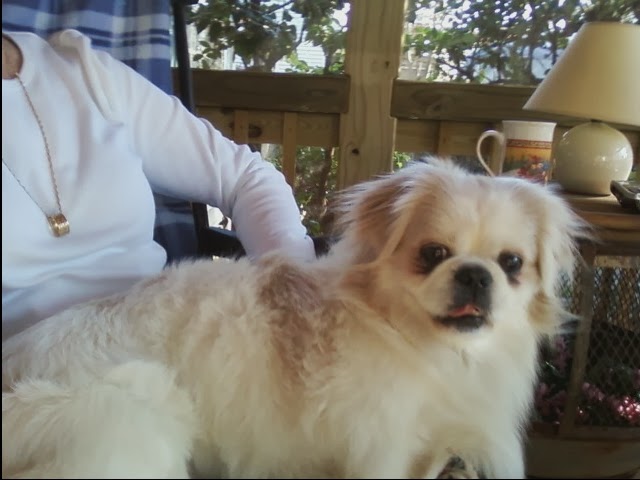 He will be neutered soon and then be available for adoption.   Looking at his teeth, he is a young dog-- between 1 and 2.    Someone is going to be very lucky to have him join their family!
Posted by Linda at 1:00 AM

He is very sweet. Love the videos. Thanks for sharing!