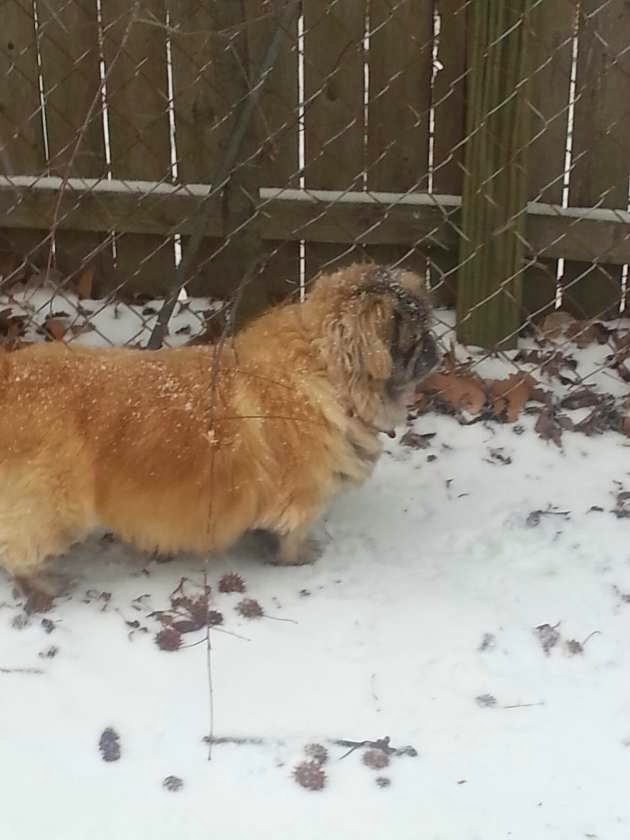 Lulu Bea, who is in foster care in S.E. Virginia, got to be out in the snow.  AGAIN. 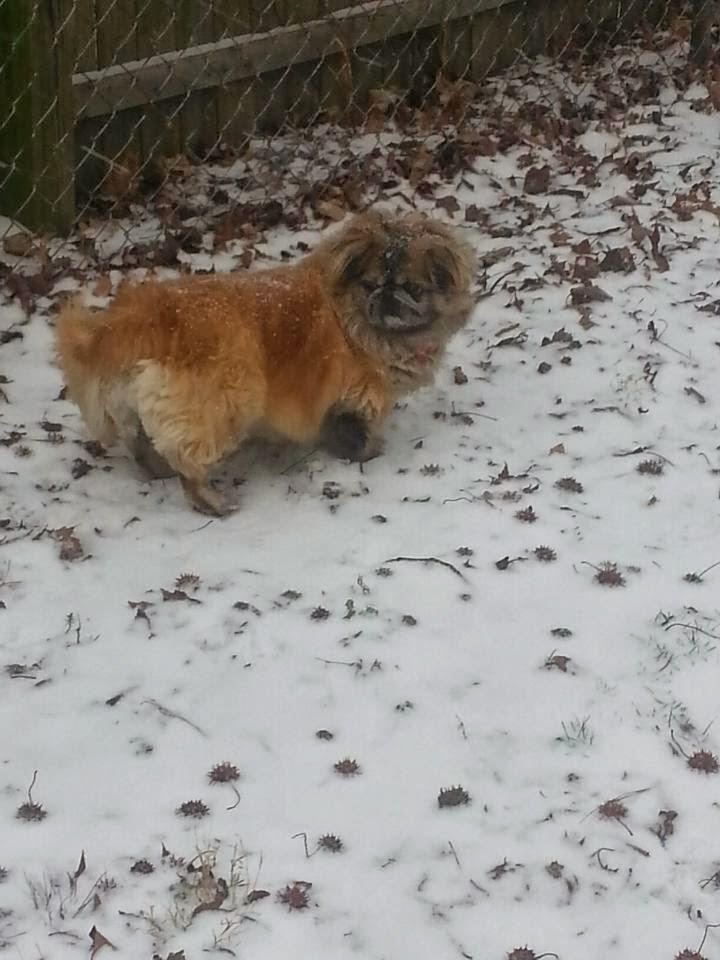 She doesn't mind it though, because she has a big buddy that she can run around with.    She is being fostered with two medium sized dogs and she loves them. 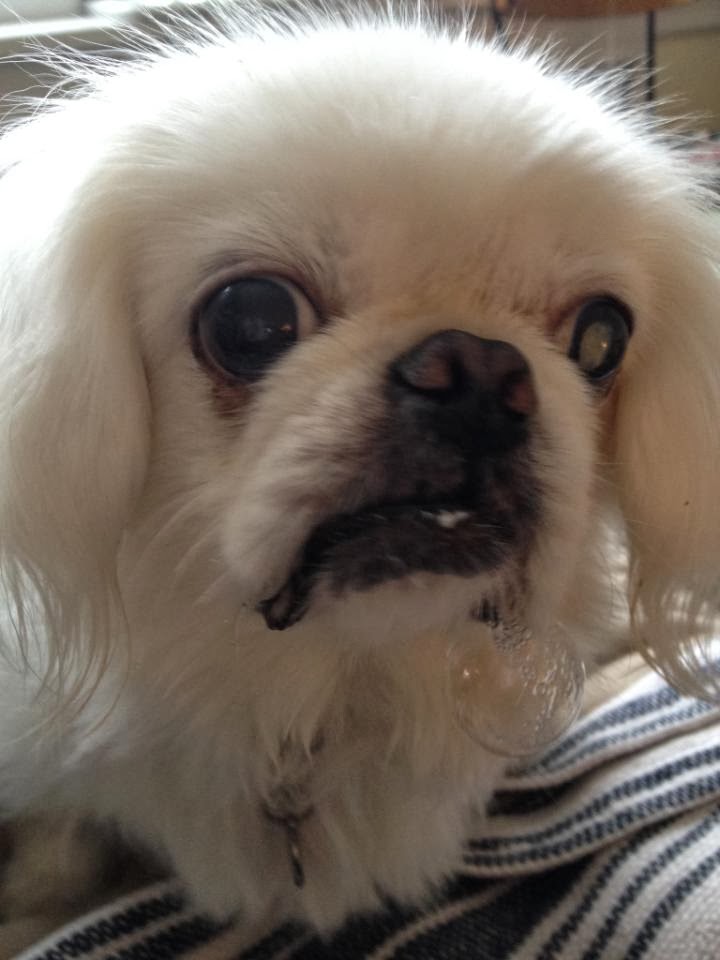 Amelia (adopted), didn't think the snow was great at all.    So, she stayed inside and watched her mom eat breakfast-- can you see her "drool bubble" as she patiently waits, hoping that a piece of food will fall in her direction.   Later, her sister, Magnolia, pulls her around in a pink bed-- Click here: ameliapinkbed - YouTube 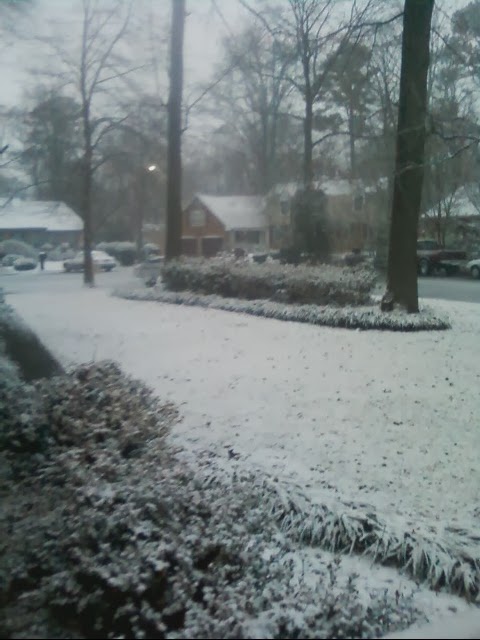 This year we have received more snow than usual.   Every time we think we're done, more comes. 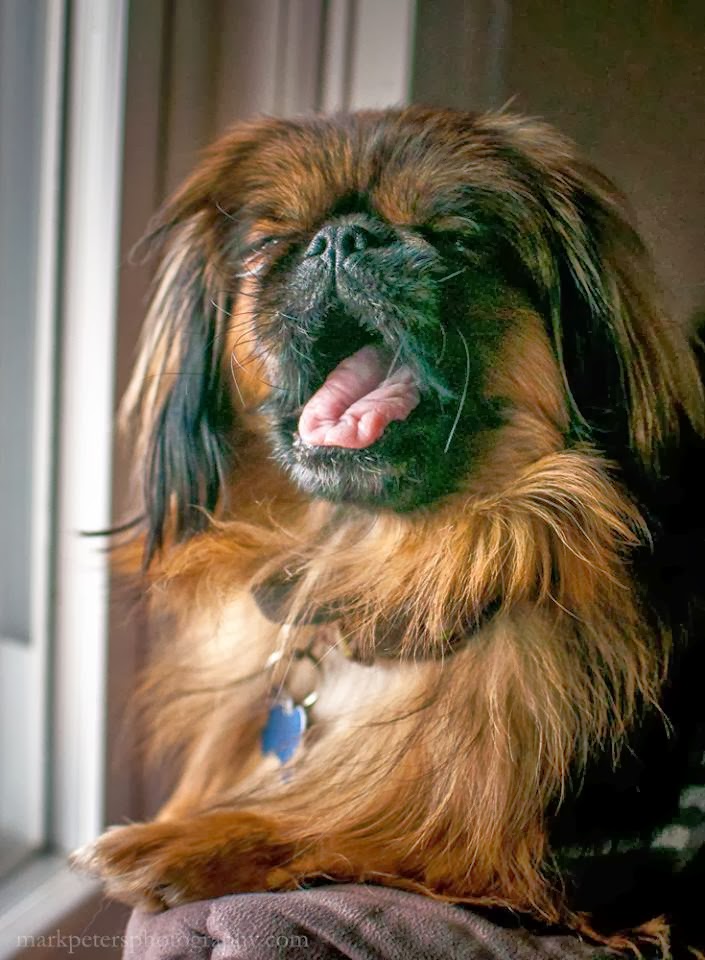 Clark is over the snow-- BLAH!! 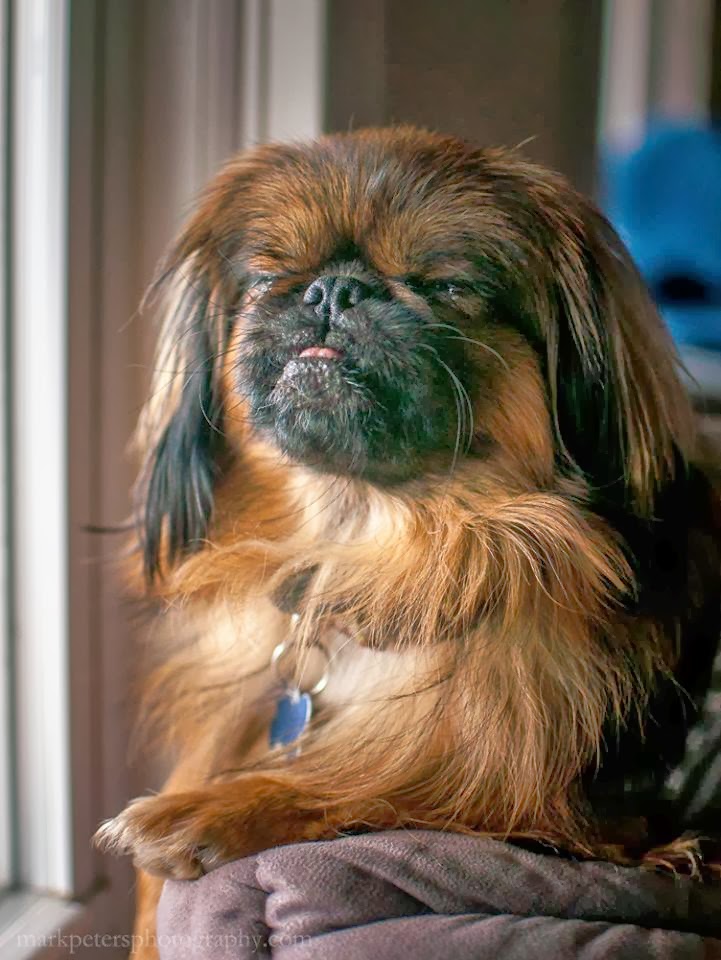 I think he is giving an opinion that a lot of people share!    He just wants it to go away. 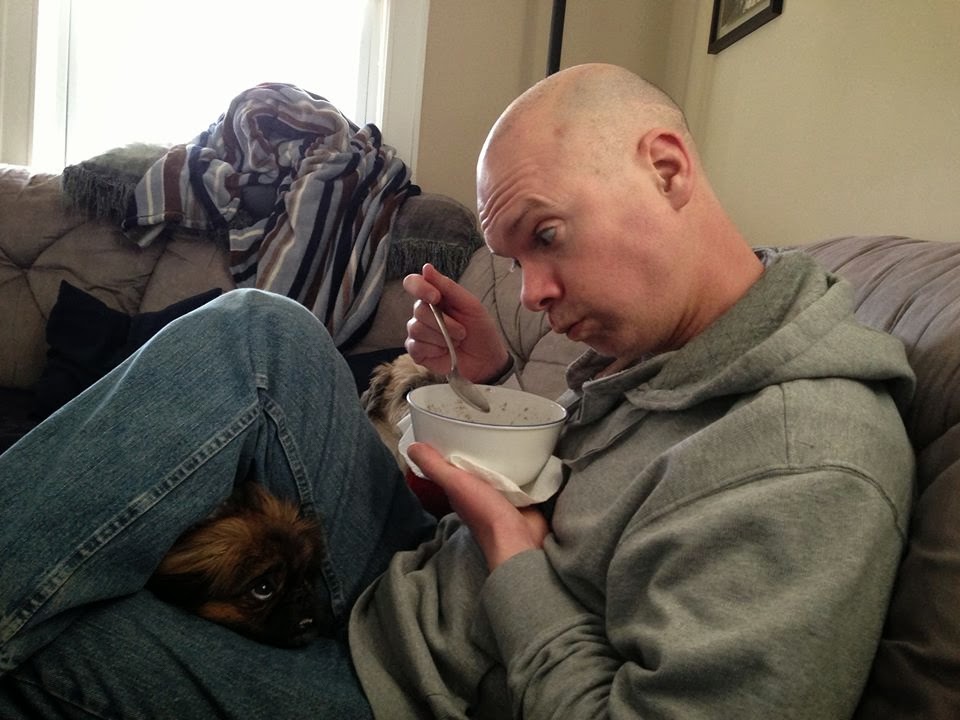 In the meantime, he'll just say inside with his foster dad, and try to mooch food off of him.    Oh, my, I don't think I could resist that face!!    (Clark and Lulu Bea are available for adoption.)