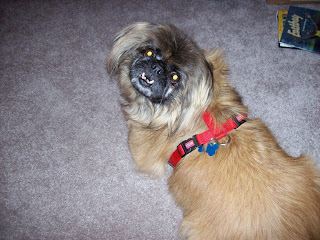 Shark came into rescue from a Maryland shelter in 2009.   We thought he was about five years old, so he should have had many years to live.   We tried to change his name to Clark, but he would have none of that, so Shark it stayed. 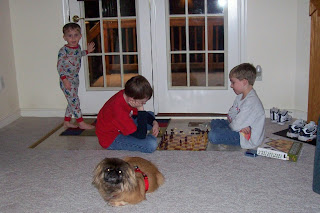 Shark was adopted to a wonderful family in Richmond-- they had boys and Shark adored them. 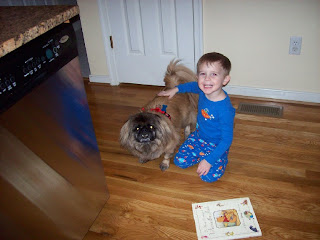 Shark began to have trouble yesterday (Wednesday) morning and they rushed him to the doctor.   They did many tests on him, but he died of cardiac arrest today.   The vet said he had a lung issue that affected his heart.   His family is so saddened by his sudden death.     Our hearts go out to them.   Rest in peace, sweet Shark.
Posted by Linda at 6:59 PM

My heart goes out to them too. I know they will miss him greatly. I am thankful that he had three years of love and devotion with his furever family.

You can see this Shark was much loved (unlike the ones we have in Australia ) .

So sad for you all.

So sorry for the loss of Shark. I know his family is heartbroken. RIP Shark.

(I guess they will have to adopt another Peke from PVPR.)