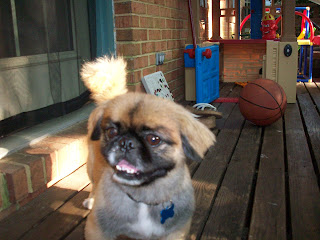 We took Peka into rescue last week. His owner had died and the family couldn't keep him. 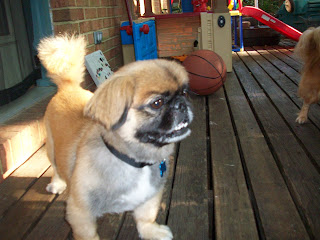 Peka had been alone alot the last 6 months of his life, so we are working on re-housetraining him. He's doing GREAT!! Sometimes, he wears a belly band, but I haven't put one on him for days now. He's such a good boy. 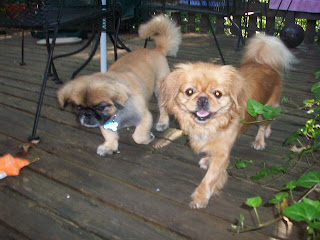 Peka is 6 years old, and he loves other dogs. Here he is with Stella. 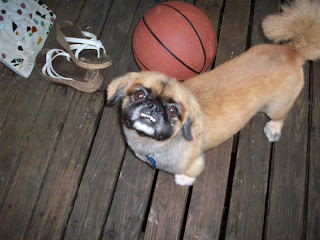 Peka is good with Beach Bit, also. He will follow him around and just keep an eye on him. Peka weighs about 16 pounds, but he is solid. He doesn't look that big. He does eat the Royal Canin S.O. diet for bladder health. He had a history of crystals, (common in Peke) so he is on a diet that will help him stay healthy. 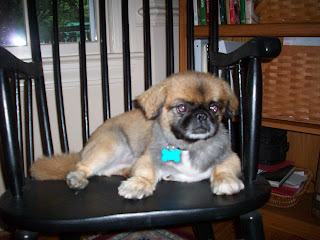 He loves to get on the couch with you and in the study here, he jumped up on a wooden rocker so he could be near me. He is a sweet dog!
Posted by Linda at 1:00 AM